This site uses cookies to deliver a better experience.

We are pleased to announce the promotion of two long-standing members of our dedicated team, as well as another exciting addition! As Altech continues to grow as a company and leader in the manufacture and distribution of high quality LED Lighting Fixtures,  we are humbled by the reputation we have built to attract the best of the best in the industry to work alongside us in driving our mission and values forward.

Jorge joined Altech Electronics in January 2015 after 20 years in commercial real estate. While at Altech, he has been instrumental in establishing the Altech brand and making it a name recognized within the industry as a leader in quality high-performance LED fixtures. By establishing relationships with many of the major distributors, ESCO companies and LMCs within the US, Jorge has gained experience in many facets within the lighting world. Jorge has successfully overseen the supply and implementation for thousands of projects across many verticals — most notably universities, government and municipal projects, car dealerships, and the dairy industry. In his role as VP of Business Development, Jorge will continue to identify new vertical markets while providing service and support to existing and new customers, as well as his National Sales Team. Jorge is a lifelong resident of Southern California and a graduate of Whittier College with a BA in Marketing and Management. He is happily married to his wife Teresa of over 20 years and has a son in college and a daughter in high school. On his free time, Jorge enjoys spending time with his family and their two dogs whether at the beach or on a hike. 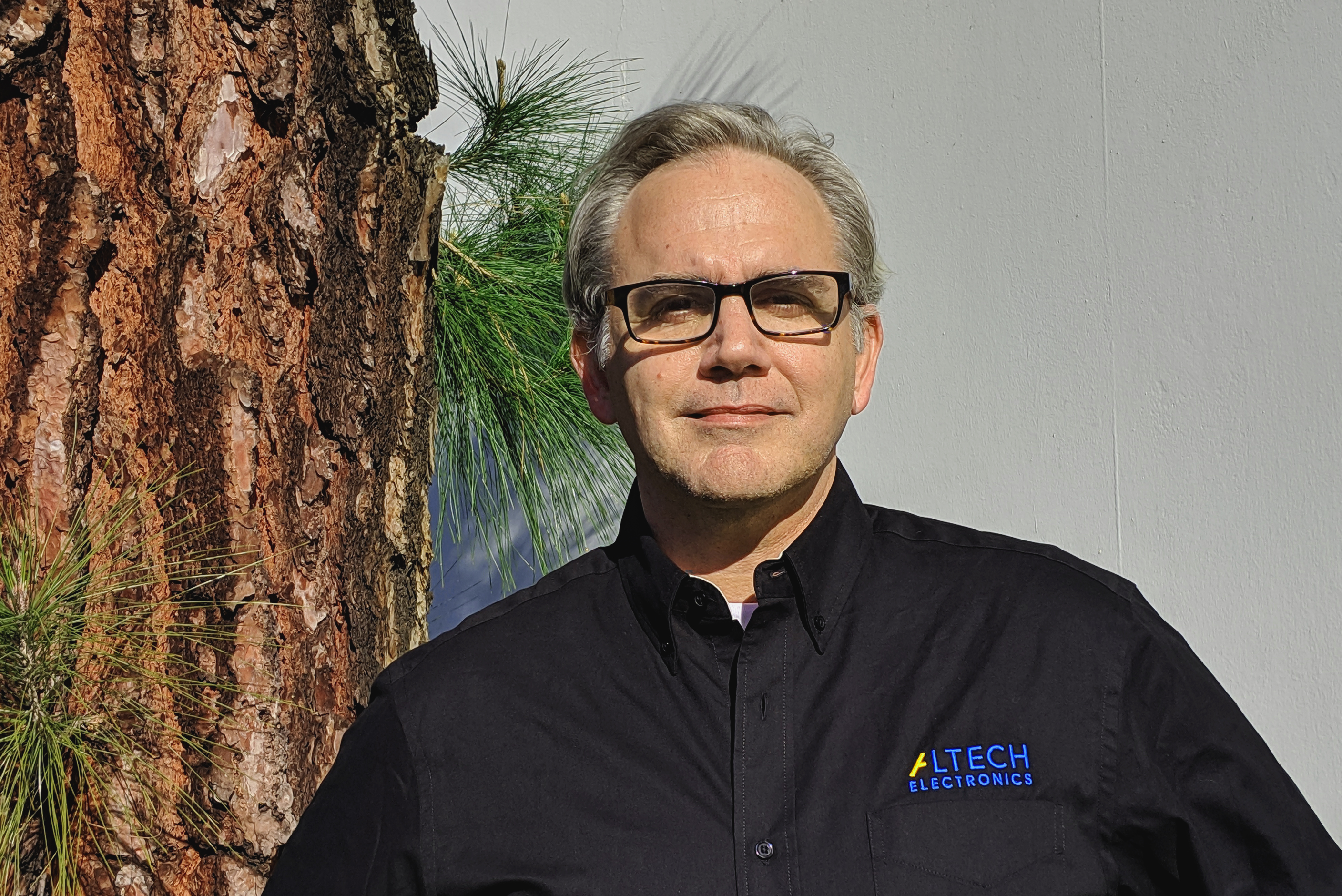 Meade has nearly 10 years of experience in the LED Lighting Industry, in which time he has established himself as a leader in the technology of this growing market. Meade has managed distribution channels, as well as conducted detailed energy audits for all major sectors, including commercial office, healthcare, government, and education. In doing so, he has gained extensive experience in general lighting, service and consulting, and developed a robust knowledge in LED, IoT, Solar and energy procurement, to name a few. Prior to his involvement with energy-efficient lighting, Meade was responsible for sales and business development in the medical device industry and Information Technology, specifically medical software. Meade currently resides in VA, has three older children, and in his free time enjoys playing and listening to all types of music. 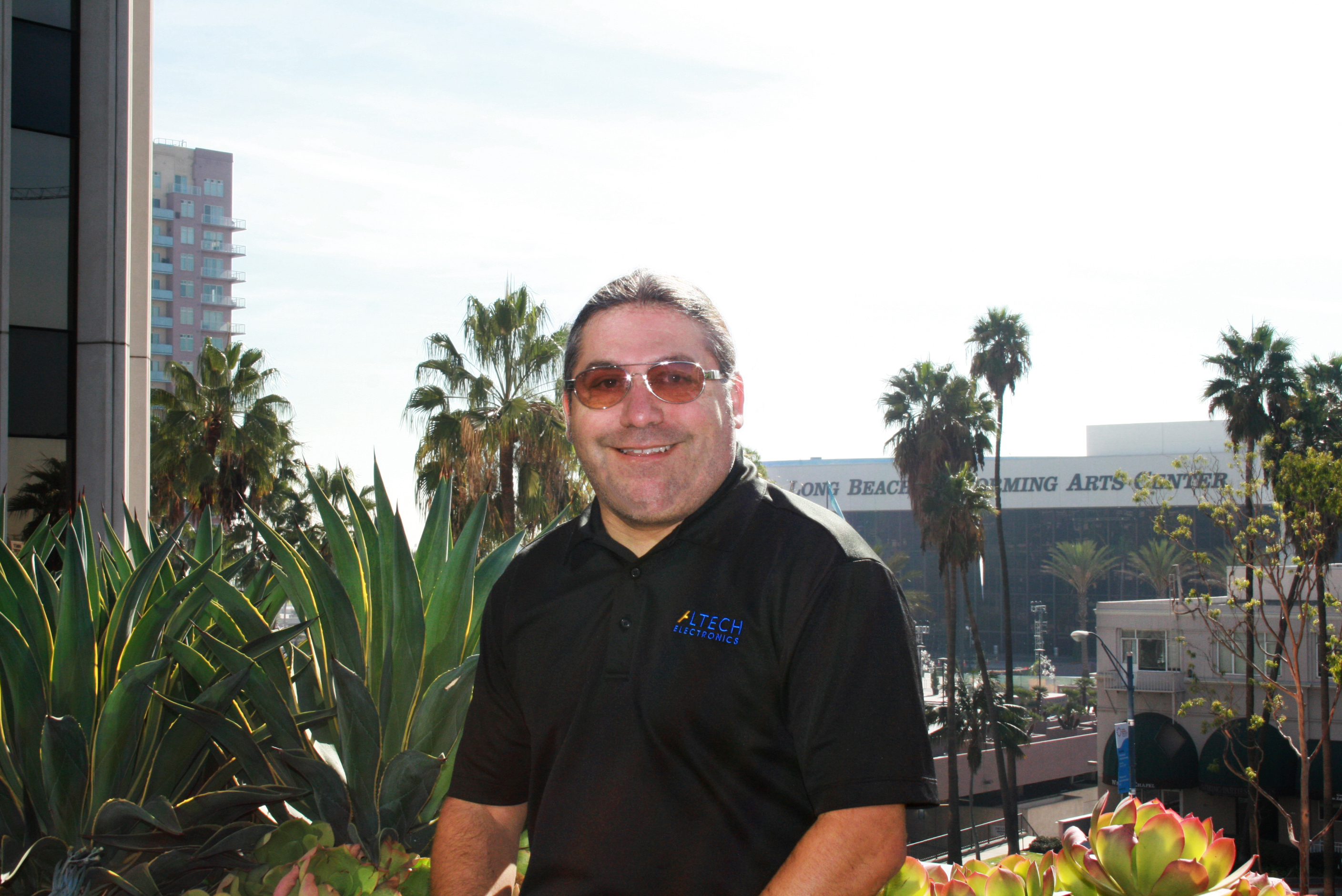 Mike began his journey at Altech Electronics in 2017 as our inside Distribution Channel Manager. In his time here, Mike has managed distribution accounts such as Walters Wholesale, One Source Distributors, CES and CED, and has demonstrated tremendous knowledge in both Commercial and Industrial LED Lighting solutions. In his new role as a National Sales Manager, Mike will oversee national and regional accounts in California as well as various parts of the Southwest US. We here at Altech are immensely proud of Mike’s accomplishments thus far and are extremely excited to see him fulfill this position and further grow his region. Prior to joining the company, Mike was a touring musician, playing with rock bands in the 80-90’s, surf punk in the 2000’s, to modern bands of today. He currently resides in Long Beach, CA with his girlfriend and dog. Mike’s favorite teams are the local LA Rams, Lakers and Angels.

We are looking forward to having these gentlemen bring further success to our company, and want to express our sincerest gratitude for their continued enthusiasm and service to Altech, the Future of Lighting!